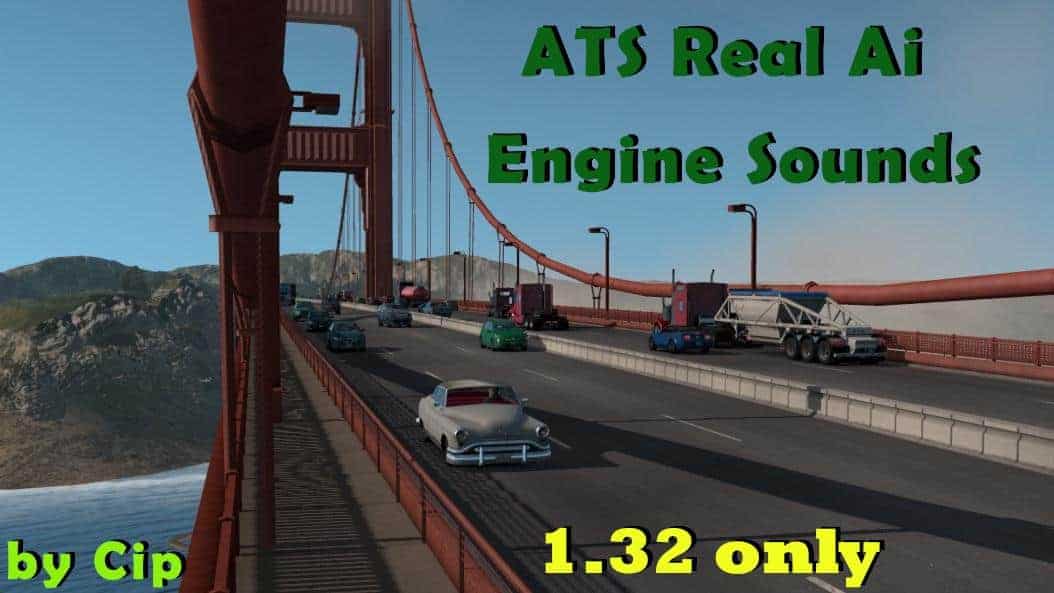 Pure Sounds! This is what ATS was missing to became the perfect Truck simulator game.

Composition and how to use:
– this mod includes personalized sounds for all cars, SUVs, trucks and buses of the ATS default vehicles.
– few vehicles received a more realistic speed_limit
– this is the version 2.12 of my personal mod which I decided to publish (if you were wondering where are the other versions)
– for best experience use my mod in combination with Sound fixes pack with my mod having higher priority in the load order.
– if you don’t use Sound fixes pack, for better experience you should increase the following 2 parameters in def / game_data.sii as following:

Credits and Author rights:
-The main source of sounds is YouTube. sound engines are identified, processed, converted which is entirely my work.
-few sounds are from Drive Safely’s Sound fixes pack from which some sounds have been reworked and included in my pack under his permission so credits goes to Drive Safely also.

Further work:
– this mod will work only in game version 1.32 and above, I will update sounds for future models released by scs in games new versions and update the existent ones
– this pack has been improved over the last months by me alone, any suggestion received as constructive feedback it’s a step forward for improving this mod even more

Disclaimer:
– Some sounds may not coincide with the reality at 100%, the author is disclaimed for any imperfection that may be seen as an error. Note that sounds for some rare vehicles are not always available