American Truck Simulator (ATS) is a truck-driving simulation game, released on February 2016. Developed by SCS Software, ATS is full of exciting adventures that occur while driving all over USA with American trucks. The main goal in the game is to drive various goods to the given locations in order to get the reward. Your reward in ATS depends on many things, such as: the type of goods and condition of the goods delivered as well as your ability to deliver goods in the right time and condition. So you need to try your best and be very careful if you want to succeed in this game.

To make things even more interesting, in American Truck Simulator you will not only have to deliver goods by yourself but also have an option to hire drivers and buy equipment to start your own trucking enterprise. The amount of reward in this case will depend on how experienced is your driver so you will have to train each of your drivers by focusing on exact areas to improve their truck-driving skills in ATS.

In American Truck Simulator, you will find such well-known cities like Las Vegas, San Diego, San Francisco and Los Angeles in its gameplay. To sum up, ATS offers you more than 100 cities to choose from, covering such states as California, Arizona, and Nevada so it will take some time for you to explore them all. Game developers SCS Software also declare that New Mexico will be the forth state, included in the American Truck Simulator.

What is more, in American Truck Simulator game you are able to use various trucks, like Kenworth T680 and Peterbilt 579 just to name a few. Moreover, you can expand your ATS experience by adding different American Truck Simulator Mods to the game. These mods include such features as: trailers, maps, trucks and much more. You can find all of these ATS Mods in our site. Add them to the game and explore the complete and constantly changing truck-driving experience! 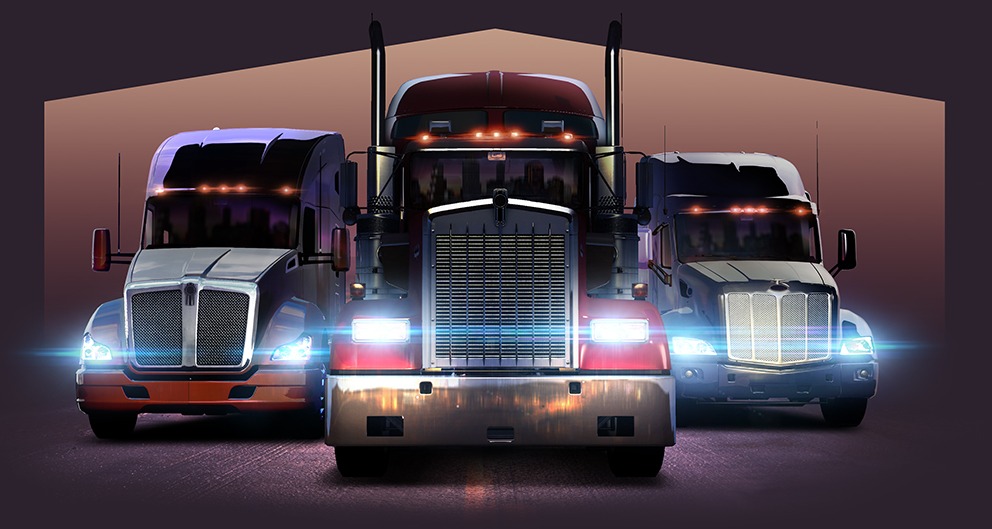 HAUL THROUGH THE LEGENDARY ROADS

BECOME THE KING OF THE ROAD