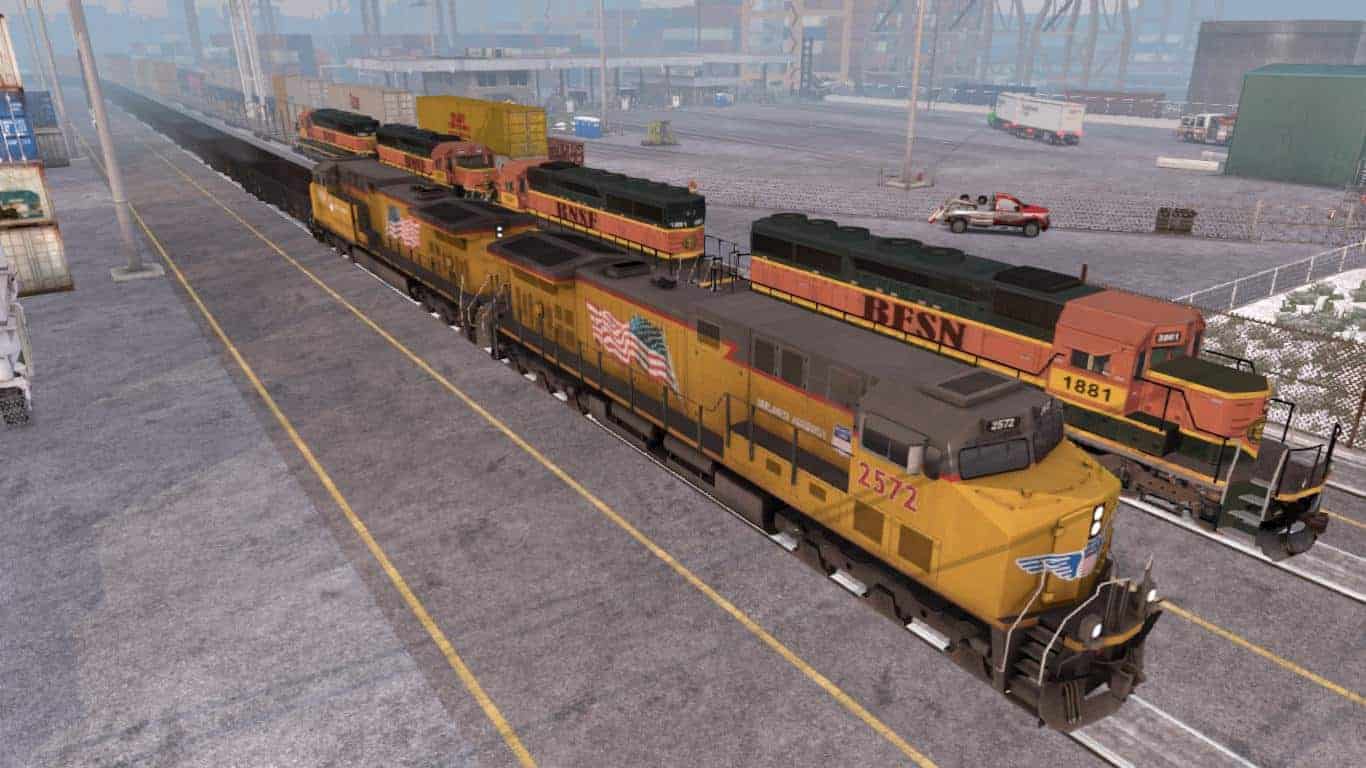 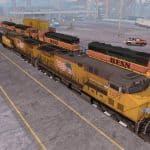 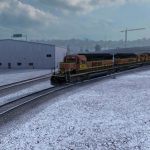 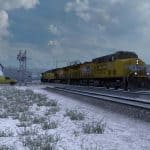 Added new and replaced old 3D models of Locomotives (except head).
All 3D models are taken from the latest version of original game and redesigned for the mod.

Now all freight trains are drived by coupled locomotives in sections 2 or 4.
All passenger trains added a reverse locomotive in the tail of the train.
The length of trains has been changed, passenger cars 20-26. freight cars 35-72, depending on the number of sections and type of locomotives.

Rar archive contained two versions, one for Vanilla game and the other for compatibility with SOUND FIXED PACK by Drive Safely and Traffic Density mods by CIP.

Please place this mod above any Sounds and Traffic Density mods.