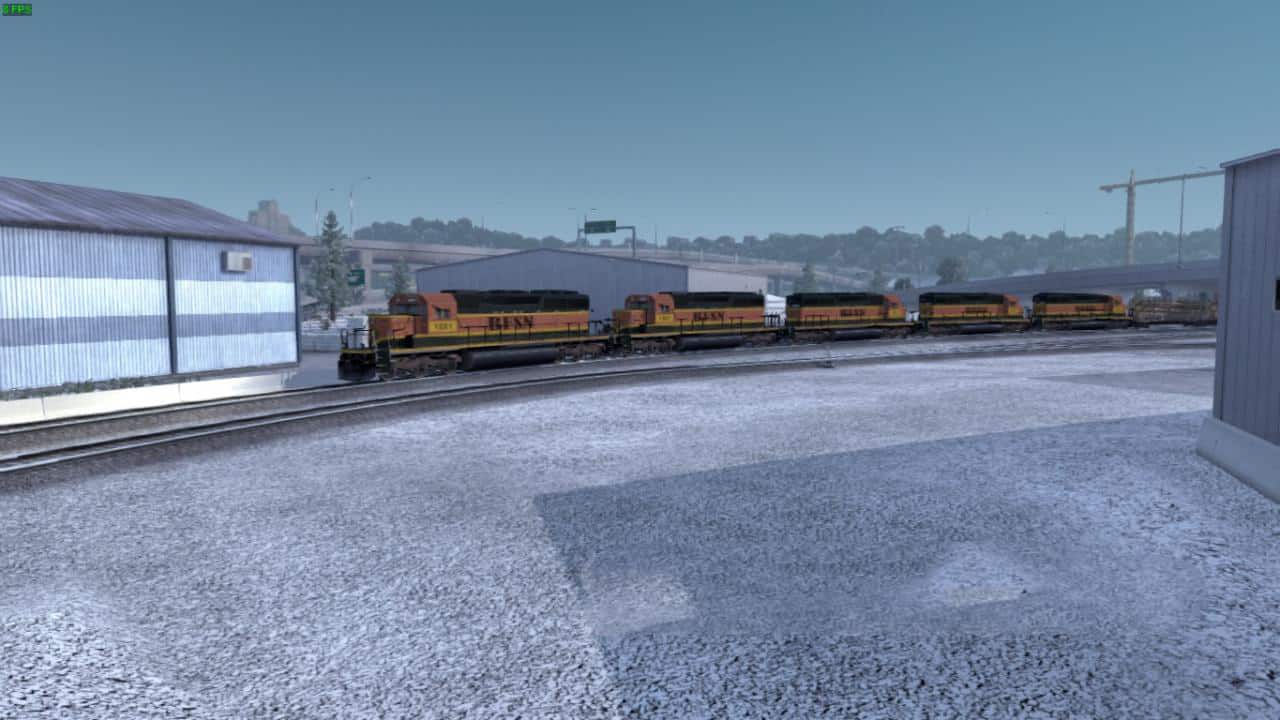 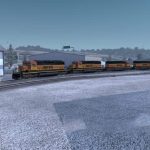 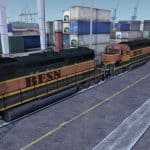 It is based on the idea of ​​fashion authors: PIVA, AlexeyP as well as the sounds from the mods: Drive Safely and TruckerKid, many thanks to the authors for their mods and inspirations.
Added new and replaced the old 3D models of locomotives for all types of trains (except the head Locomotive).
All 3D models are taken from the latest version of the original game and processed under the mod.
All freight trains are operated by several twin locomotives.
The length of the trains has been increased compared to the standard game.
Added sounds for locomotives from Sound Fixed Pack and Improved Train Sounds
All passenger trains have added the Lokomotiv reversing section.
same
increased: weight of locomotives, maximum speed limit and stopping distance for all trains.

Addon Short Trains for those who are not satisfied with too long trains
Mod set above sound packs and traffic intensity mods.

Version 3.1 for American Truck Simulator (v1.35.x):
NOW NO ANY DEPENDENCE ON OTHER FASHIONS
All freight trains are driven by twin locomotives from 2 to 5 sections.
The length of trains and passenger cars was changed to 8-14. trucks up to 40-80, depending on the number of sections and the type of locomotives.
The bindings of the sounds have been changed for some trains.
Removed support for MOVER type trains and other static trains.