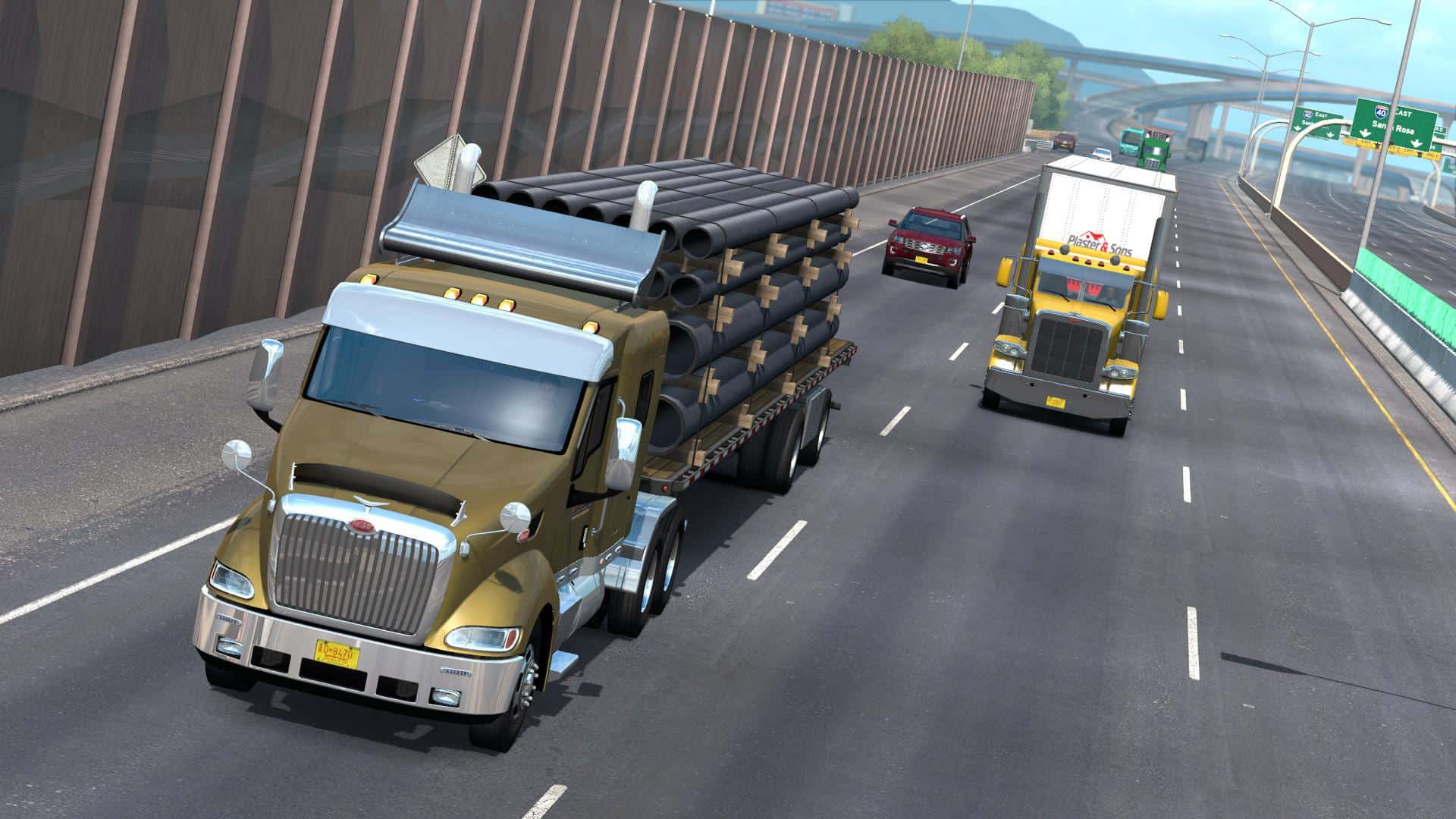 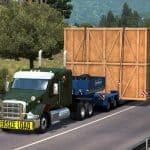 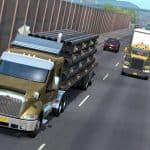 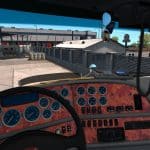 Adaptation to the current version of American Truck Simulator one of the best old mods. So to say, my belated gift to respected forum users for the New Year.
All detected bugs and shortcomings are eliminated, with the maximum preservation of the mod’s copyright appearance. The log is clean.
A full list of fixes, as well as known shortcomings, see below under the spoiler.
The archive with the mod also includes templates for creating your own skins, as well as several add-ons previously published in the mod theme.

For the mod to work in Euro Truck Simulator 2, the different files are collected in a separate archive, connected above the main mod for American Truck Simulator.

INTERIOR:
Interior model edits:
– tinted windows of the sleeping bag for Midroof and Sleeper cabs and the rear window on the Daycab cab
– on the interior of the Midroof cab, the handles of the cabinets are returned and the gap in the floor under the sofa is repaired
– Improved settings for wood, plastic, instrument glass
– corrections and additions for interior tuning (coordinates of locators corrected, added locators toybig, toystand, toyseat from DLC Cabin – – – Accessories, new slots on set_dashbrd on the seat, in the sleeping bag and on cabinets for cabins Midroof and Sleeper; renamed slots on the glass and on the table on set_glass / set_dashbrd respectively – in the registration and in the model, the extra registration in addon_hookups was removed to remove duplicate components)
– Locators for tuning parts visible through the rear windows of the cab have been added to the Daycab cab interior model: (exhaust pipes, fairing, trailer cables)
– added int_light accessory for interior light, which is included instead of a flashing beacon
– Added transponder accessory for weight travel (WPASS), installed in slots on the windshield (just an accessory, without functioning)

Edits by registration and by accessory model of CB radio:
– the walkie-talkie and the cord are registered in one object, there is no need to put the cord separately.
– fixed the position of the walkie-talkie, improved settings for chromium materials
– the slot under the radio on the panel is reserved for installing the tachograph (only in the version for Euro Truck Simulator 2)
– Walking camera for Midroof and Sleeper cabs is moved to a separate addon.

Animation Edits:
– highlighted in separate animation files for air manometers, differential temperature sensors and transmissions, now they show what they should show.
– Added upper steering column cover for interior options with 2nd generation appliances.
– removed a randomly flying artifact in the view from the cabin (a small black rectangle).
– the steering wheel has been moved out to tuning and a registration package has been added to a separate addon for compatibility with the DLC Steering Creations Pack

EXTERIOR:
– model editing to support metallic paint on DX11
– added stock colors from Peterbilt 579 from SCS
– rewritten definitions of lights (flares) for the current version of the game, updates and corrections of registration of the head light
– edits on the head optics (materials, lightmasks), in particular, the yellow dimensions in the stock headlights were returned back, flares were added to the side direction indicators and Projection headlights
– Added daytime running lights installed in slots on the front bumper
– Added support for trailer cables (with individual models)
– added red warning flags on the front wings and the OVERSIZE banner to accessories
– default numbers are made removable and taken out in separate accessories
– added physics for almost all options for rear mudguards (except for one, due to limitations of the game engine)

Corrections and improvements to tuning details:
– added a shadow to the Daycab cab fairing model
– Locators for beacon mounting brackets added to the Midroof cab
– auxiliary power unit (on the right side of the frame behind the cab) for Midroof and Sleeper cabs is re-textured and put into tuning
– some tuning details were returned back from the previous version of the mod (v.1.2) (slots for lamps on chromed rear wings, model of a steel bumper without a kenguryat)
– Improved material settings for some of the chrome parts

KNOWN ISSUES:
– unfortunately, in order to correct the errors of the author’s version, I had to sacrifice the animation of the adjustable steering column (it was made using skeletal animation technology, and the game completely refused to correctly accept the file changed in Zanoze). If someday in the future anyone can accurately restore it, honor and praise be to him! See also the “! For modders!” Folder in the archive with the mod.
– there is no way to make transponder indicators operational