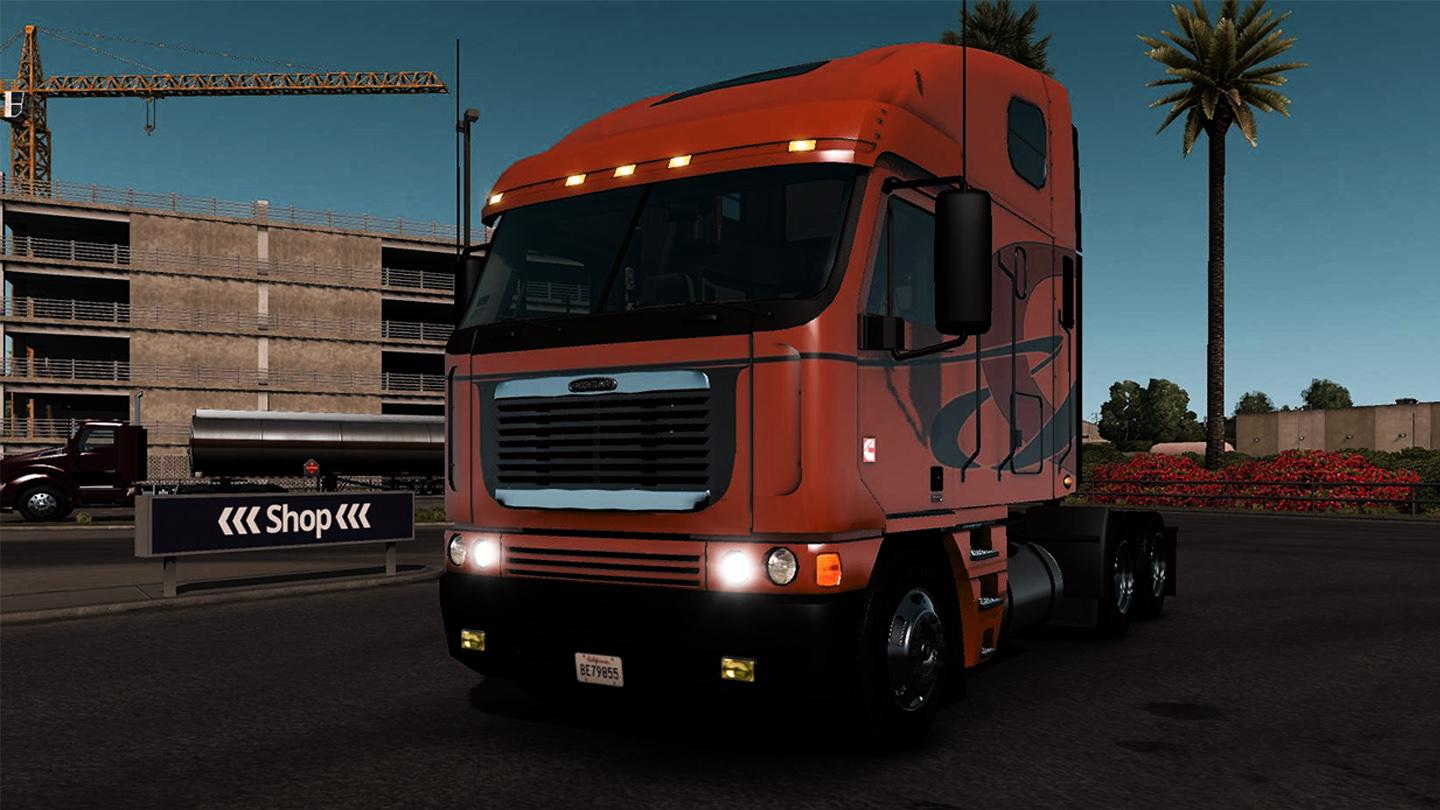 Freightliner Argosy Reworked v2.2 for ATS v1.3.xx by H.Trucker
This truck is based on the model Freightliner Argosy v2.1 Reworked of odd_fellow but is adapted to work in version 1.3 of American Truck Simulator
This is an overhaul to my old mod. Now the truck looks more like the real prototype. New interior, new exterior, new upgrade parts, new sounds, all new. The UV template is also new, so sorry about that skinmakers, i tried to retain old uv map, but too many changes were made that made it impossible.
Buy in Peterbilt dealership.

And probably something else i forgot to mention.
It would be better to sell your old truck before installing this mod, otherwise some bad things will happen.

Rig’n’Roll authors: Softclub-NSK
Some parts were borrowed from different trucks, authors: dmitry68, stas556
Misc details used inside: don’t know/can’t remember
Sound author: odd_fellow
Interior camera: kimi112
Wheels: ventyres
Pretty much everything else was made by me (odd_fellow) and SCS.