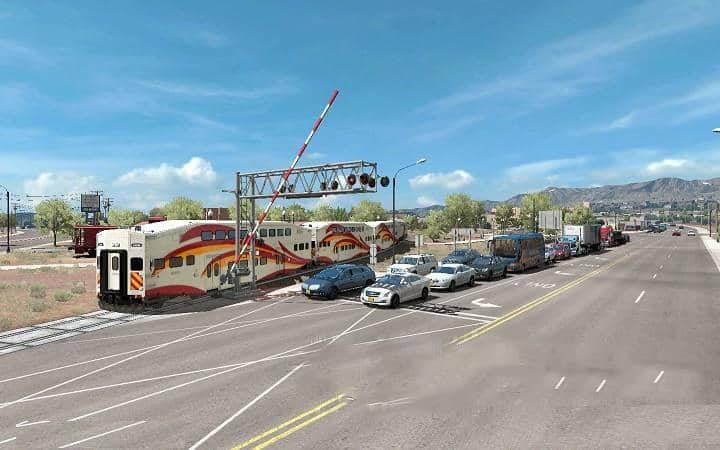 Mod “traffic density and speed limits” for those who like hardcore and realism!

– The traffic has changed, and now it has become less stupid, and you can ride comfortably anywhere.
– More trucks
– More cars
– Increase in vehicle speed
– More traffic on motorways and freeways, less on local roads.
should be dense in cities, but it doesn’t work every time (SCS algorithm problem).
The SCS combine has been added to local roads, but it can also be in the city (SCS problem), operating time from 5 to 21.
Added road patrol cars with warning lights on, should be rare
Added ambulance and fire truck with lighthouses in and around cities (should be rare)
Reducing the frequency of police cars.
Slightly increases the length of the freight train,
The length of the passenger car has not been established.