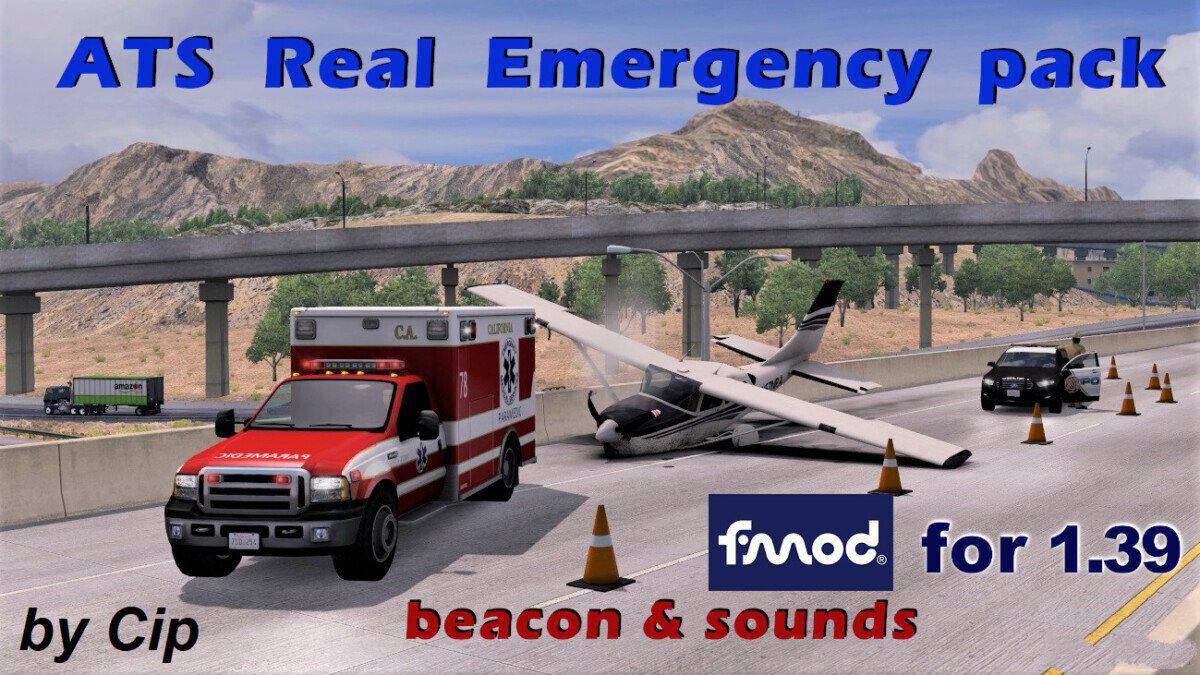 Please read carefully before using this mod:
– this mod is the result of 6 months of work and with extremely limited information from SCS about FMOD traffic sounds
– this mod has been the official reason for my initial ban on SCS forum, because it was a personal mod due to some files form other mods used in it
– this mod includes eventually files from GTM Emergency pack for which I give well-deserved credits although officially I did not receive a reply to my repetitive requests.

What is this mod?
– SCS Police and Emergency vehicles simply received 3 more variants, first with flares and 2nd with flares + sound, driving alongside the default vehicles. a 3rd variant is only meant to be for road events and can have flare and sound as well or just flares
– All current states are covered with specific sounds (including Colorado) and generic vehicles can also have a generic sound. all sounds uses in full advantage the FMOD improvements on sounds, including a fade in/out of the siren (badly requested in the pre-FMOD version of this mod)
– Unfortunately due to game limitations this mod had to include one modified essential file from my Real Traffic Density mod, therefore there is an unwanted dependency of my traffic mod and the Emergency pack (both .scs files must have higher priority than the traffic mod). if Real Traffic Density mod is not used, the Emergency pack will take over the density from my traffic mod, but with less density than with traffic density mod enabled. it can in theory work with another traffic density mod if Emergency pack has higher priority but functionality is not guaranteed
– Warning: this mod will only work in ATS 1.39 and WILL NOT BE UPDATED for 1.40 and further game versions because my game is permanently locked in 1.39, truly sorry for this. my mod is locked but the def file is partially unlocked for personal edits on country spawn_ratio