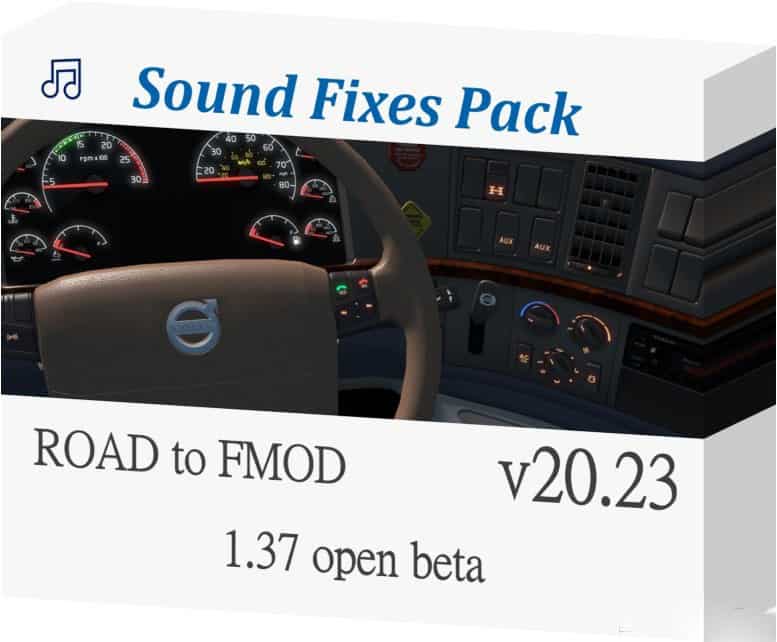 CHANGELOG 20.23
Brought back Nokia phone ringtone sound to replace the “late music” (volume of this sound depends on Music volume in the in-game Audio settings).

COMPATIBILITY
* ETS2 1.37.0 + ATS 1.37.0. No errors in game log. Must have high priority in Mod Manager.
* Compatible with all maps and all trucks, including truck mods.
* Does not replace individual truck sounds, so this mod can be used with an unlimited amount of truck sound mods of your choice.

* Real sound effects for trailer coupling + uncoupling. [In ATS edition only at the moment]