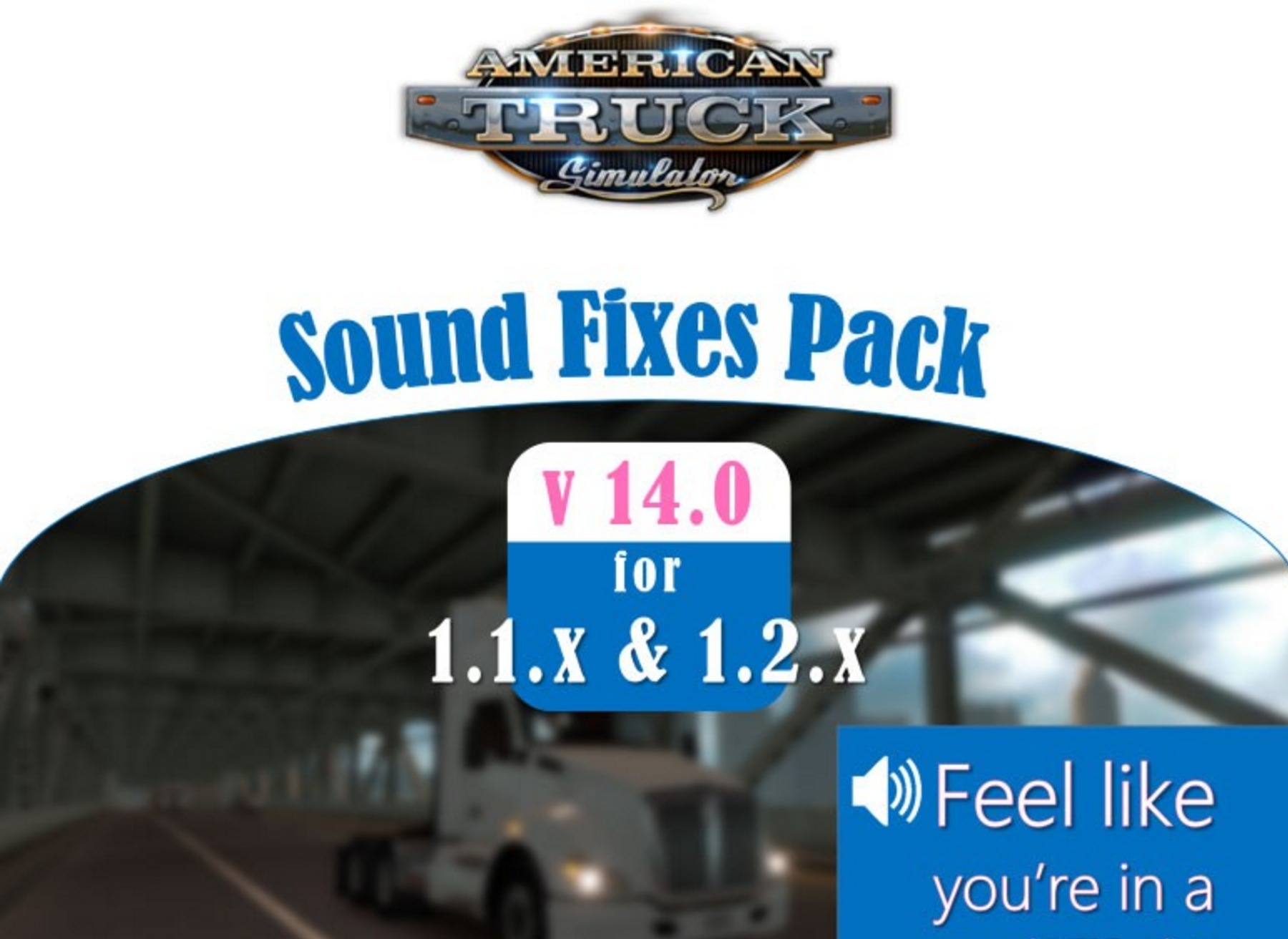 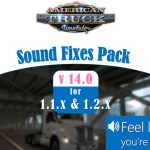 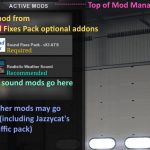 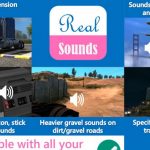 V14.0
Made American Truck Simulator prefab soundscape more audible and expanded some of its sound trigger ranges.
Thus company/delivery points in the game will not sound abandoned (e.g. you can hear the sound of workers hammering at construction sites).

AI traffic vehicles given new horn sounds. Depending on the patience of the driver, a short or long honk may be used.
AI traffic trucks/buses given more variations of sounds (turbo, engines, gear changes).
Motorcycles from Jazzycat’s AI traffic pack given proper motorcycle engine sounds.
Motorcycles will rev engine instead of using car horn when blocked.
You can hear the slight sound of vehicles overtaking you or passing by you in the oncoming lane.

SET TIRE AND WIND VOLUME
Wind and tire noise too loud? No problem. You can configure its volume using these developer commands. Syntax is as follows:

Credits
– SCS Software for base sounds – Drive Safely for pitch, reverberation and sound edits, some sound samples and compiling mod – antonvezdehod, Ludmilla and Katixa/Irreo for some tire sounds – Balamut for some key swing and light suspension sounds – AlexeyP for some trailer coupling and fuel pump sounds – Stewen for some improved AI truck sounds – nIGhT-SoN for raindrop definitions