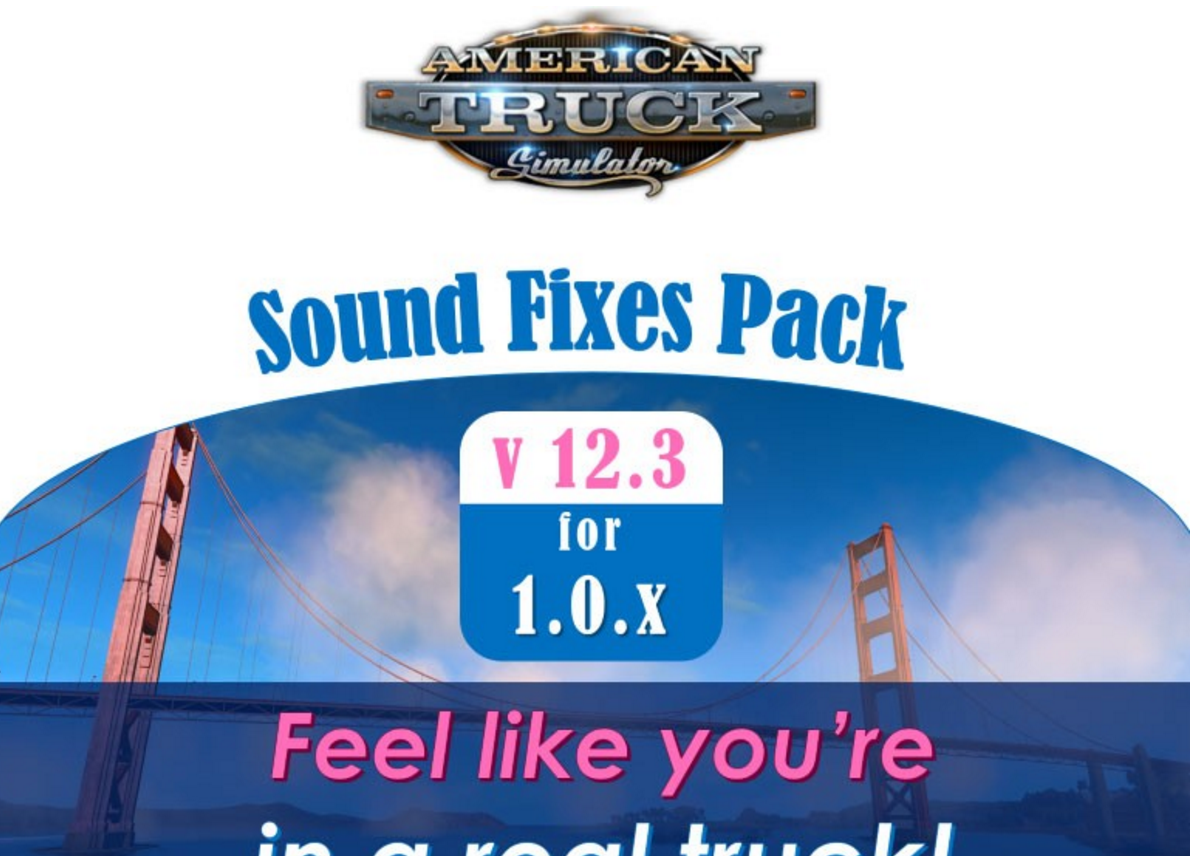 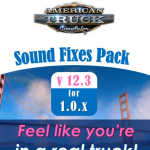 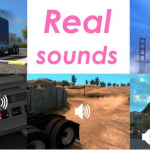 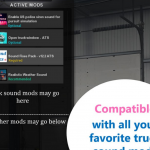 Fixed Nokia ringtone (no longer plays in the Main Menu and only plays when you are late).

FEATURES
=========
Realistic asphalt tire sounds that resonate depending on how fast you are accelerating and what speed you are in, giving a feel for your sense of speed.
Heavier gravel sounds when driving on dirt or gravel roads.

CREDITS
=======
– SCS Software for base sounds
– Drive Safely for pitch, reverberation and sound edits, some sound samples and compiling mod
– antonvezdehod, Ludmilla and Katixa/Irreo for some tire sounds
– Balamut for some key swing and light suspension sounds
– AlexeyP for some trailer coupling and fuel pump sounds
– Stewen for some improved AI truck sounds
– nIGhT-SoN for raindrop definitions