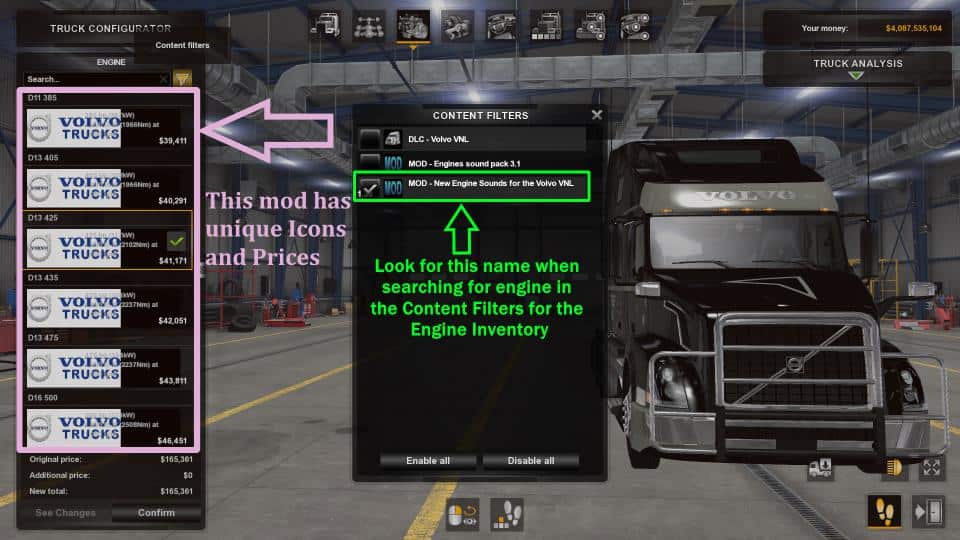 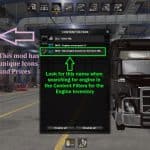 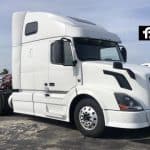 This Engine Mod was made by porting Kriechbaum’s Volvo VH Engine Sounds from ETS2 to the VNL in ATS. In real life the Euro Engine is the “D” Model as is the US Engine, so there’s not much difference… meaning, in this case, they are intercompatible (sound-wise) to some extent.
This version 1.38 mod is now compatible with Aradeth’s VNL 670.

This mod is only for version 1.38 and maybe higher, but at this point it may need an update due to major changes in the game being made by SCS.

NOTE: This mod does not replace the Default/Stock SCS Sounds for the Volvo VNL. This mod has standalone Engines. My Engine Mod has separate and unique badges/icons in the engine inventory. (See pictures for more details)

ANOTHER NOTE: I did not make any of the sounds, I just planted them into a new file structure (this mod’s structure) and put the necessary .GUID files in!