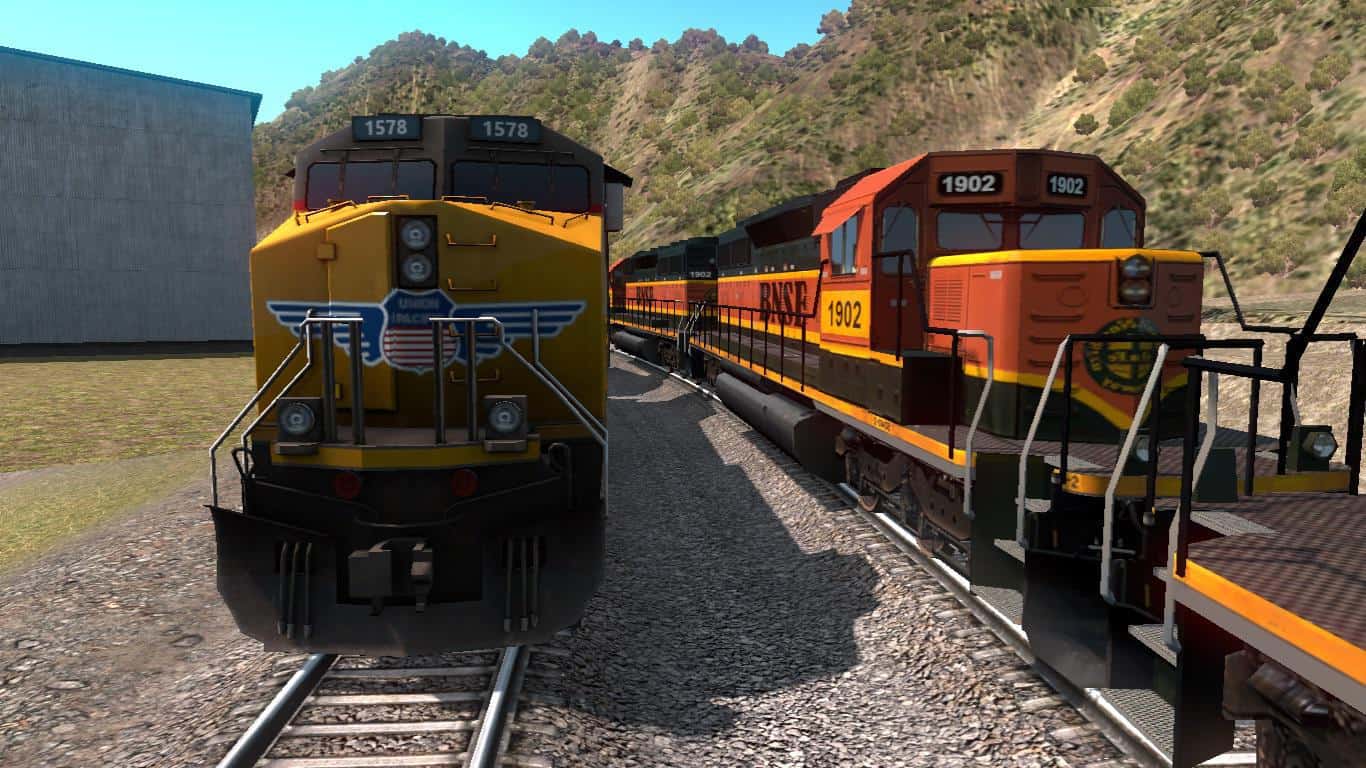 For some locomotives and rail cars add skins with logos of real companies.
Now all freight trains are drived by more locomotives, from 2 to 5 coupled head DMUs and some additional in the mid and the end of the trains.
The length of trains has been changed, passenger: 5-15 cars. freight: 20-150 cars, depending on the number of sections and type of locomotives.
The max speed of freight trains: 90 KM/h. Passengers: 150 KM/h. (NOT MILES/H!)
Added realistic train sounds in new FMOD Sound Bank.
All passenger trains added a reverse section locomotive.
also increased stopping distance for the all trains.