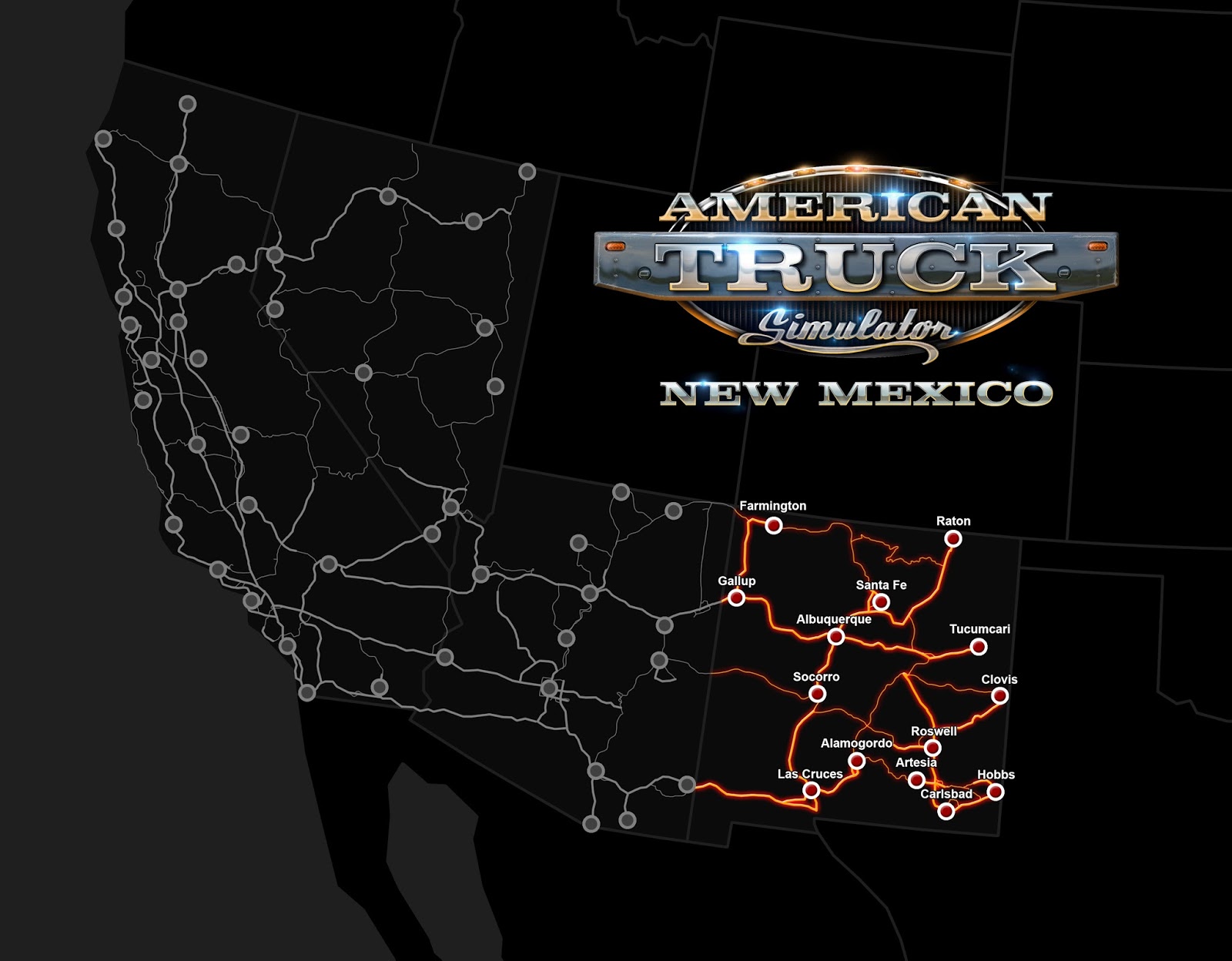 We are proud to announce that the New Mexico map expansion for American Truck Simulator has just been released!

New Mexico’s nickname is the “Land of Enchantment.” A lot of unique natural scenery will accompany the players during all hauls. The state has a lot to offer in terms of landscape variety: Rio Grande, Carson National Forest, Baylor Peak, Pyramid Rock and other recognizable landmarks.

Thousands of miles of roads lead through urbanized areas like Albuquerque, sparsely populated trading posts, lush forests, mountain ranges and rest stops in the middle of the desert. There are many unique functional truck stops around New Mexico’s highways to spend the night, rest, refuel or repair a damaged truck.

We hope that all virtual truckers will have a lot of fun in the latest map extension of American Truck Simulator!

We want to thank everyone who participated in the open beta. The final version of the update is now ready and the game should update automatically on Steam, unless you have automatic updates disabled. We’re very grateful for your help!