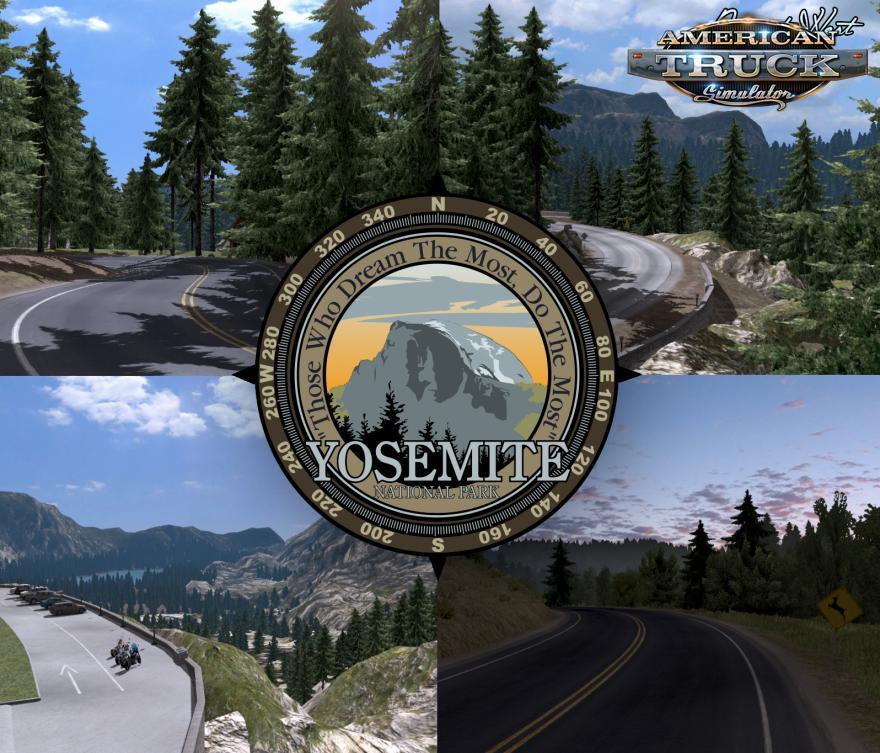 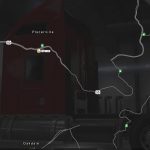 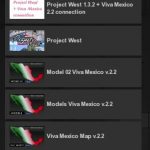 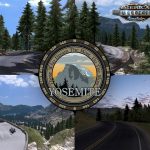 Improving existing roads and building new ones in the states of California, Nevada and Arizona
The primary idea of ​​this project (started in early January 2017) was to “refresh” the main roads of California and give them a more realistic view
Since then, the project has expanded and was renamed from “California Highways” in the “Project West”
Some roads included in this fashion, in real life are closed to transit and long-distance transport, but this is a game and ride on them or not – your own choice
At least, they are not closed, and if you wish, you can drive on them through the great national parks of the West
In Northern California, the changes are mainly associated with the “back roads” and the creation of Yosemite National Park on Tioga Road (CA 120) and minor changes in the CA1 to the south of San Francisco

Additional changes:
– realistic raised pavement markers (road markings)
– Removed multiple camera traps fixing speed
– Added signs (notices) districts on some roads
– some improvements in San Diego
– change the visual sensation of “enter the city”: more bright lights, luminous halo of the city, etc.
– City Laytonville
– City of Lee Vining
– Start of the road reconstruction US-395
– I-15 Mountain pass between Primm and Barstow
– Fresh billboards and casino signs on I-15 in Primm and Las Vegas
– I-15 / I-10 interchange updated
– I-5 / CA-56 / I-805 San Diego converted the system of local roads
– I-15, a new entry in Las Vegas
– Many fixes in Yosemite
– Fixed many problems of versions of the maps 1.2 / 1.1
– US-93 upgrade between Las Vegas and the Hoover Dam (clearing to create Boulder City)
– Align the highway I-40
– Added white protruding \ elevated markers of road markings
– There is no need in Hotfix 1.6

Changes in Las Vegas and Primm :
– actual speed limit;
– the names of each street;
– on some sections of the route are added reflective warning signs;
– added trekrestok;
– a new set of markings and signs on the roadway.

Manifa added. The MM category ” Maps ” and ” Other ”
Connect the above cards.
Author Boeing73FLY